The IRS announced that it plans to issue regulations in response to state legislation intended to help taxpayers avoid the $10,000 limitation on the deduction for state and local taxes under Sec. 164 as amended by P.L. 115-97, known as the Tax Cuts and Jobs Act (Notice 2018-54). That limitation applies to individual taxpayers for tax years beginning after Dec. 31, 2017, and ending before Jan. 1, 2026.

This new or proposed legislation by states would purportedly allow taxpayers to make transfers to funds controlled by state or local governments, or other specified transferees, in exchange for credits against state or local taxes that the taxpayer is required to pay. These transfers are intended to allow taxpayers to treat these payments as deductible charitable contributions for federal income tax purposes.

Many states have implemented similar charitable fund arrangements in past years, and the IRS has previously allowed such arrangements (see, e.g., Chief Counsel Advice 201105010).

The IRS warned taxpayers that, despite these attempts through state legislation to circumvent the new limitations on deductions of state and local taxes, the proper treatment and deductibility of these payments will be governed by federal tax law. It noted that it will apply a substance-over-form analysis in determining how these payments will be treated for federal income tax purposes, suggesting that they will not be treated as charitable contributions. 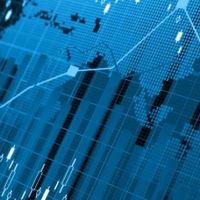