Not only can workers’ compensation help protect injured workers from having to pay expensive medical bills, it can potentially prevent them from suing their employer to recoup their medical expenses.

A recent poll conducted by Insureon and Manta found that of the more than 900 small business owners surveyed who have employees, 26 percent do not have workers’ compensation insurance to help protect staff from the cost of workplace illnesses and injuries.

The laws regarding workers’ comp are determined at the state level, which means requirements can vary between states. For example, in New York employers are required to purchase workers’ comp when they hire their first employee, but in Florida it’s not mandatory until the employee headcount reaches four.

According to the poll’s findings, not all business owners are aware of the laws governing their state: 30 percent of those who responded said they weren’t sure if they are required to provide workers’ comp coverage for their employees.

Other survey highlights include:

Workers’ compensation insurance can act as a financial safety net for employees who become sick or injured on the job by paying for costs including:

There were almost 3 million nonfatal injuries and illnesses at private businesses in the United States in 2016, according to the Bureau of Labor Statistics, with the average workplace injury claim costing $36,551, according to the National Safety Council. Without workers comp key policy, employees would likely have to pay out of pocket for their medical expenses, since most health insurance plans exclude coverage for work-related illnesses and injuries.

In states where workers’ comp isn’t mandatory, it can still be beneficial for business owners. Not only can it help protect injured workers from having to pay expensive medical bills, it can potentially prevent them from suing their employer to recoup their medical expenses.

Since workers’ comp is governed by state law, business owners will need to check the regulations for not only their state, but also for the states where any remote employees are based. Not all of them are currently doing this. Nineteen percent of the business owners we surveyed stated that they didn’t know if they needed to purchase workers’ compensation insurance for workers based in other states. This could land them in legal and financial hot water, since employers who don’t comply with workers’ comp laws can face fines and even jail time.

To make sure they are in compliance with applicable state laws, business owners may want to talk to a licensed insurance agent to discuss any requirements specific to their business, including workers’ compensation. 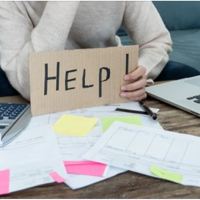