The 249-page proposed regulations that the IRS has issued are open to comment within 60 days of their publication in the Federal Register, which the IRS says is forthcoming.

To transition to the new system of taxation, U.S. shareholders of specified foreign corporations must include these foreign earnings and profit (E&P) amounts in income, which are then taxed at an 8% or 15.5% rate. U.S. shareholders may elect to pay this tax in eight annual installments.

Prop. Regs. Sec. 1.965-2 provides rules on adjustments to E&P and basis to determine how to apply Sec. 965 and a rule that limits the amount of gain recognized when applying Sec. 961(b)(2) for amounts in excess of basis.

Prop. Regs. Sec. 1.965-4 sets forth rules that disregard certain transactions for Sec. 965 purposes. These are generally anti-tax-avoidance rules and include changes in methods of accounting and entity classification elections undertaken to avoid the Sec. 965 tax.

Prop. Regs. Secs. 1.965-5 and 1.965-6 provide rules on foreign tax credits. These rules generally describe how to calculate the allowable type and applicable percentage of foreign taxes paid or accrued on Sec. 965 income.

Prop. Regs. Sec. 1.965-7 provides rules for elections and payments. These address generally the election to pay the tax in eight installments and the amount of these payments. 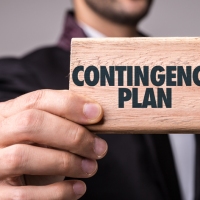