In Rev. Proc. 2018-18, the IRS announced the new lower tax brackets for 2018 and a number of other new items affected by P.L. 115-97, known as the Tax Cuts and Jobs Act. It also issued inflation-adjusted amounts for many provisions that were unchanged by the Act, other than that the inflation adjustments now must be calculated using the chained consumer price index method, updating the numbers that were originally announced in Rev. Proc. 2017-58.

The IRS also announced new limits on the adoption credit for 2018. Under Sec. 23(a)(3), the credit allowed for an adoption of a child with special needs is $13,810 (this is a change from the previously announced $13,840 amount). The same credit amount is in effect for adopting children other than special-needs children in 2018. The adoption credit begins to phase out under Sec. 23(b)(2)(A) for taxpayers with modified adjusted gross income (MAGI) in excess of $207,140 and is completely phased out for taxpayers with MAGI of $247,140 or more in 2018.

The alternative minimum tax exemption amount for married taxpayers filing jointly is $109,400; for unmarried individuals it is $70,300; and for estates and trusts it is $24,600.

For decedents dying in 2018, the basic exclusion amount for determining the unified credit against the estate tax is $11.18 million. This exclusion amount was doubled by the Act and is also subject to inflation adjustments. 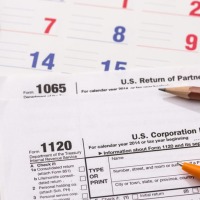